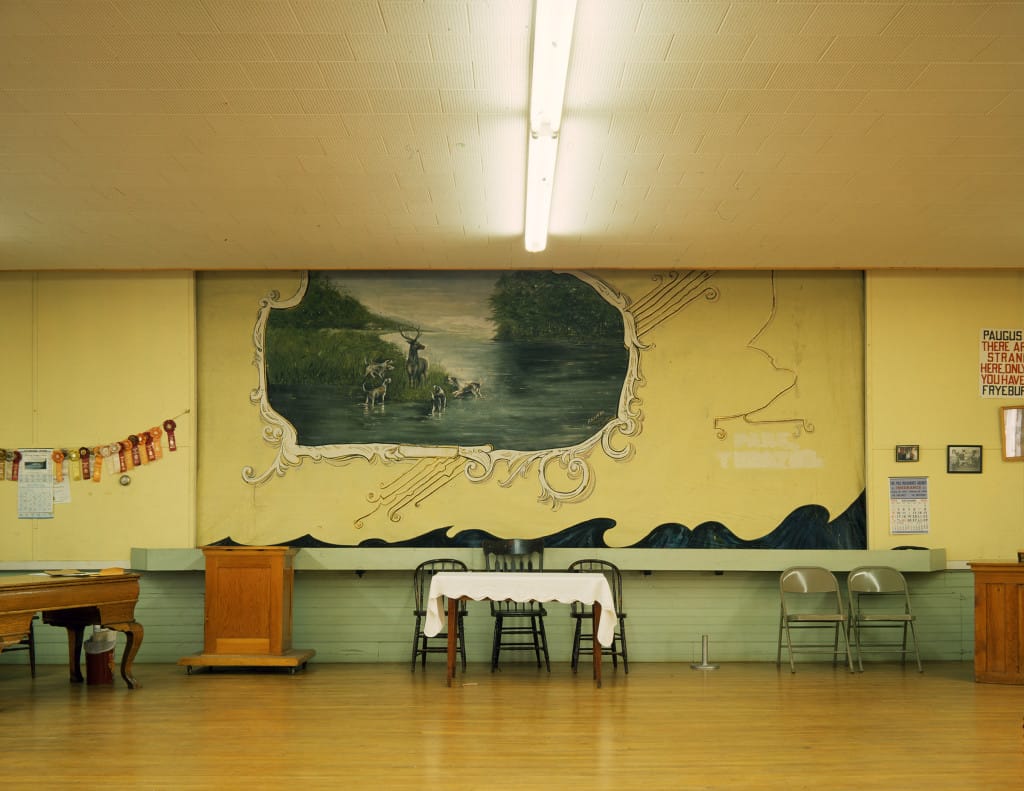 Maine Photo Project at the Ogunquit Museum of American Art 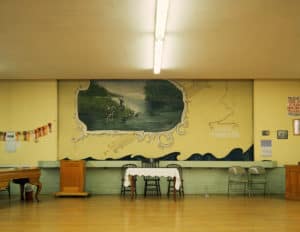 The second in a series of five photography exhibitions at the Ogunquit Museum of American Art, Rose Marasco: Patrons of Husbandry (June 5 – July 5, 2015) highlights selections from the artist’s Maine Grange series. The series was created in the 1990s and first exhibited at the Farnsworth Art Museum in Rockland, Maine as Ritual and Community: The Maine Grange. Marasco documented both the architecture and the culture of Maine Grange Halls from Saco to Houlton, Deer Isle, Castle Hill, and beyond; capturing the traditions of an organization over a century old operating in contemporary America.

The National Grange of the Order of Patrons of Husbandry was founded in 1867.  Since its beginning, the Grange, as it is often called, has focused on strengthening local community by placing a spotlight on community service and local agriculture. Its present existence is unique, as the group’s membership has experienced a downturn with the decline of local farmers in recent U.S. agricultural history.  Marasco’s images observe the Grange’s ability to continue preserving its core traditions, rituals, and values in an ever changing, modernizing culture. When the images are displayed, they offer viewers a chance to consider past and current social, communal, and agricultural values in America.

In this display, stark black and white silver gelatin print images of Grange Hall exteriors meet vivid Ektacolor photographs of the buildings’ interiors; calling attention to the history of architecture, the history of photography, and the progression of time. The OMAA’s Rose Marasco: Patrons of Husbandry combines a selection of these Grange images with various pieces of text Marasco composed of research and first-hand experience. Together, the images and didactics give the audience a chance to view the Grange simultaneously in a personal and objective way. While the neutral environment of an art museum and the gap of time from the series’ creation separates viewers from the rituals of this community, the artist has given the audience a chance to look through her lens and closely observe a fragment of American history in contemporary light.

Rose Marasco has produced several significant and innovative bodies of photographic work including Domestic Objects: Past and Presence, a ten-year project of large format vibrant cibachrome prints that infuse everyday objects with poetic symbolism; and, Ritual and Community: The Maine Grange, which received the New England Historical Association exhibition of the Year Award. She is currently at work on New York: Pinhole Photographs, a series of street scenes of each neighborhood in Manhattan. The initial solo exhibition of this work was exhibited at Meredith Ward Fine Art, NYC, in 2014. Marasco will have a retrospective of her photographs, spanning a 45 year career, entitled Index, at the Portland Museum of Art, April – August, 2015.

Previous solo exhibitions include at: The Houston Center for Photography 2010-11; Universite de Bretagne Occidentale, Brest, France, 2008; Sarah Morthland Gallery, NYC 2003, 2000 and 1998; The Davis Museum at Wellesley College 1995; and, at The Farnsworth Museum of Art in Rockland, Maine 1992. Group exhibitions of distinction include: Bowdoin College Museum of Art, Marlborough Gallery, Photokina, the International Polaroid Exhibition, and the Smith College Museum of Art.

Rose Marasco’s photographs are included in many private and public collections including most notably: The Fogg Museum, Harvard University; The Davis Museum and Cultural Center at Wellesley College; the Photography Collection at The New York Public Library; The Portland Museum of Art; Fidelity Investments Corporate Art Collection and, the Museum of American History, Smithsonian Institution.

Marasco’s work has been reproduced and highlighted in major publications including, the New Yorker, New York, and, The Chronicle of Higher Education magazines. Her exhibitions have been reviewed in The New York Times, The Boston Globe, The Village Voice, and Art New England, the Maine Sunday Telegram, and The Portland Phoenix.

Rose Marasco has a teaching career of distinction having initiated two photography programs at college level institutions, the first in 1974 at Munson Williams Proctor Institute (now Pratt/MWPI) and, in 1979 at the University of Southern Maine. In 2005 she received the national Excellence in Photographic Teaching Award, from Center in Santa Fe, New Mexico. She has lectured and conducted critiques at many institutions including Harvard University, Bates College, Colby College, Massachusetts College of Art, and Parsons School of Design. Marasco holds the rank of Distinguished Professor Emertia, University of Southern Maine.