Charles Woodbury: Open Studio portrays the workspace of one of the most sought-after artists and teachers of his generation. As founder of the Ogunquit Summer School of Drawing and Painting, Charles Woodbury is credited with formalizing Ogunquit’s reputation as a premier art colony for professional and student artists during the early decades of the twentieth century. Influencing scores of students, including female artists, Woodbury’s contribution to Ogunquit’s prominence in the art world underscores his role in advancing an inclusive community of arts and culture in the State of Maine. The exhibition is organized by the Ogunquit Museum of American Art in consultation with Professor Libby Bischof of the University of Southern Maine and generously supported by the Woodbury Family. 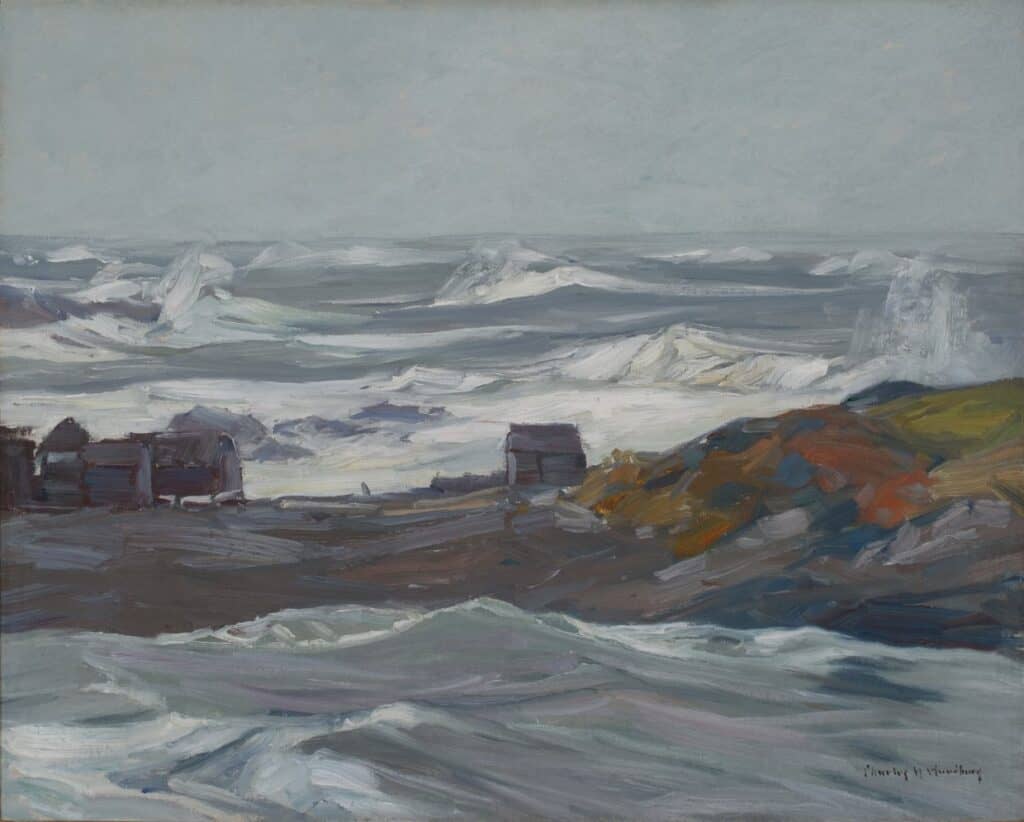