In the wake of the economic collapse that triggered the Great Depression, and following his first one-man exhibition at Montross Gallery in New York, artist and OMAA founder Henry Strater explored 2,000 miles of Southwestern territory before settling in the copper-mining, cattle-raising community of Rimrock, Verde Valley, Arizona. Avoiding the popular Southwest art colonies of Santa Fe and Taos, Strater’s Arizona landscapes position him in the context of American moderns who preceded and overlapped his residency. This exhibition is titled after Strater’s award-winning seascape, Light Southerly, painted upon his return to Maine. In this context, the title is a reference to generations of artists who accompanied expeditions to uncharted corners of the continent, prompting the popularization of the American landscape in the national imagination. The exhibition is organized by the Ogunquit Museum of American Art and generously supported by Partners Bank in honor of Brenda Keene and is also supported by the Rowe Collection and Rabelais Books. 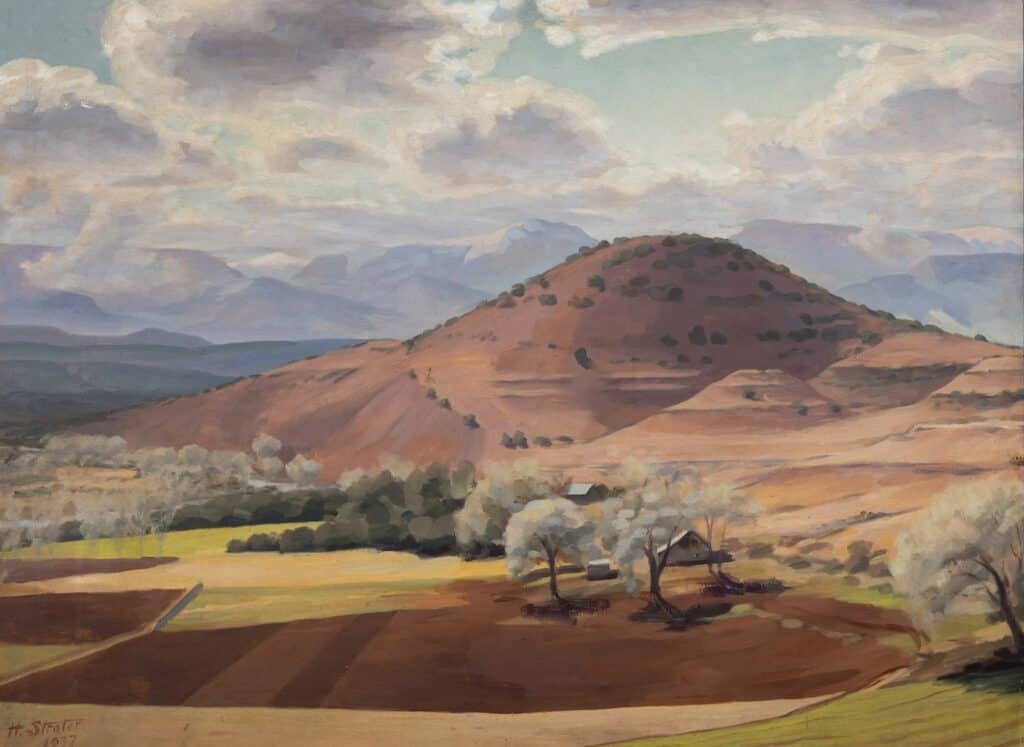