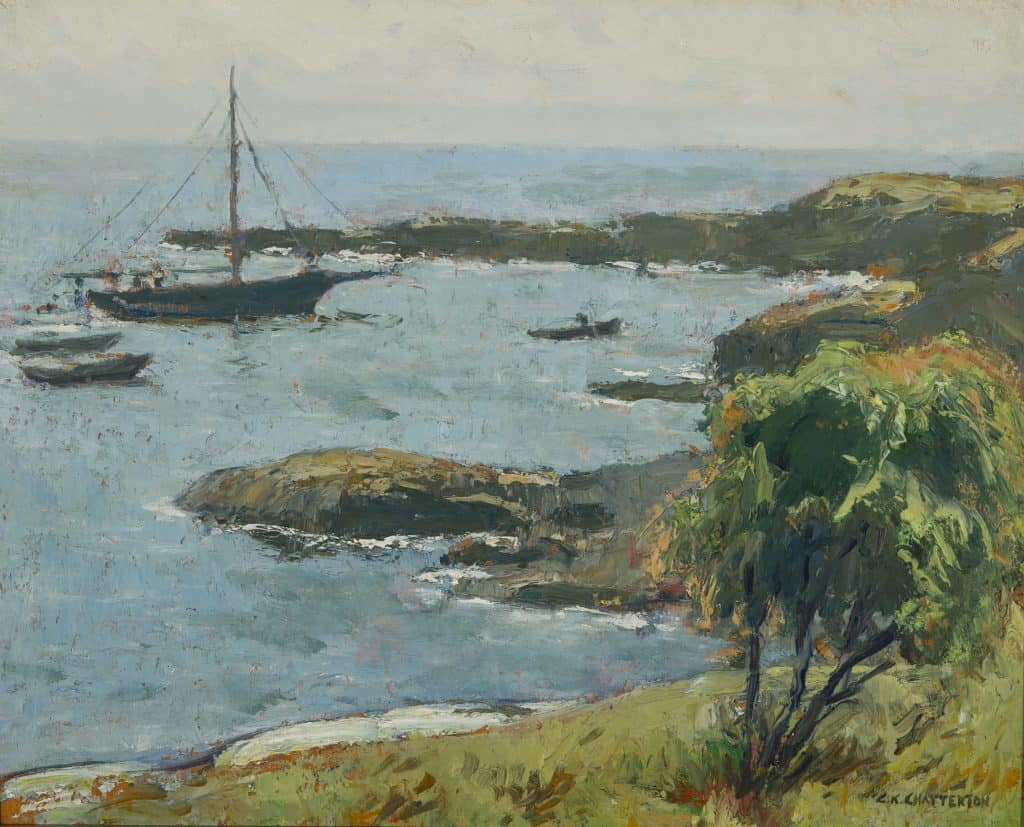 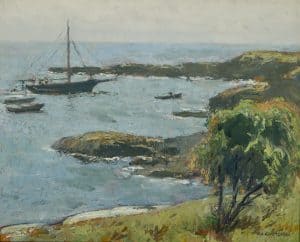 By the early 20th century, the allure of Narrow Cove attracted greater numbers of artists, gallerists, collectors, and sightseers who had discovered the secluded fishing community named Ogunquit the “beautiful place by the sea” by the Abenaki tribe nearly a century earlier. The opportunity to work and study art informally or at one of two local art schools with the nation’s leading artists and teachers compelled artists eager to escape the city each summer. When Hamilton Easter Field bought, decorated, and rented inexpensively a row of old fishing shacks in Perkins Cove to artists and students of art, Ogunquit became a vital artist colony influencing the development of Modernism and American art history.

*Ruth Greene-McNally is Associate Curator | Collections Manager at the Ogunquit Museum of American Art. The View from Narrow Cove, an exhibition celebrating OMAA’s 65th Anniversary Exhibition Season, is on view in the OMAA Barn Gallery Associates Wing through October 31, 2018.

I have an oil on board oil painting of Ogunquit Cove bought by my grandmother’s first cousin in NYC, probably in the 1940’s or 50’s. She was an editor at Vogue in NYC in those years. It’s in a Newcomb Macklin frame.k It is signed Keppel. I find no history on the artist and the painting is quite nice. Unfortunately I can’t post here. Anyone hear of this artist? The back of the board has the name of the site,Ogunquit and an auction number.

I would suggest contacting Ruth Greene-McNally, our Curator & Collections Manager at greene@nullogunquitmuseum.org… maybe send a picture