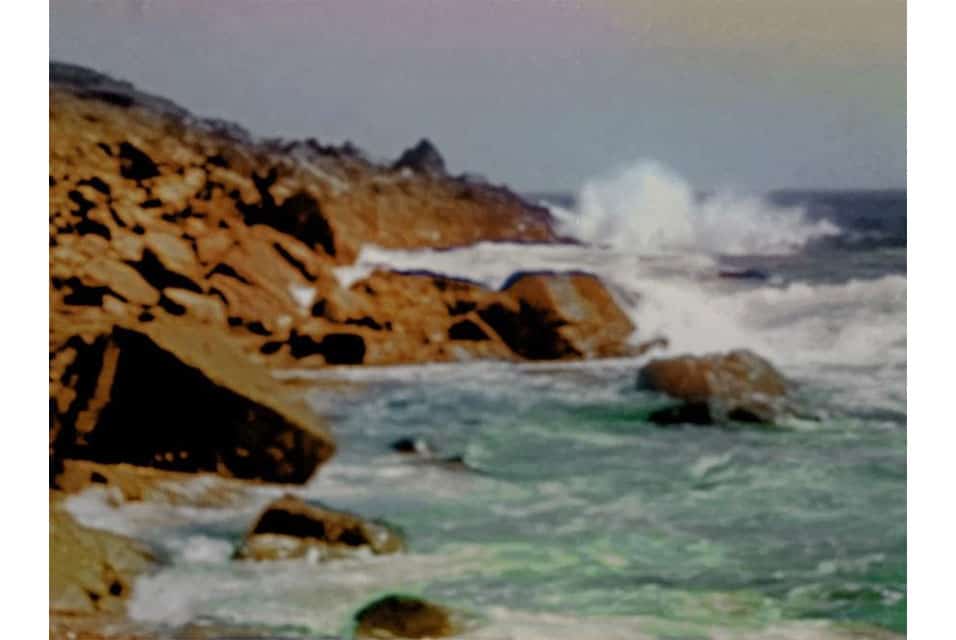 PORTLAND, ME. – The Portland Museum of Art and the Ogunquit Museum of American Art announced the addition of James Welling’s Seascape to their collections. The artwork is co-purchased by both institutions and will make its debut in Maine at OMAA as part of the exhibition Shorelines: Coastal Sightings in American Art, on view May 1, 2019, through July 8, 2019. The purchase marks the first joint acquisition between the two institutions and is the first work in film to be represented in either collection.

Seascape is a color film installation that exhibits moving pictures of the sea and surrounding coastline accompanied by an original composition of sound. The artwork was first screened at the Kunstforum Wien in Vienna, Austria, during the artist’s solo exhibition in 2017.

Based in New York City, James Welling (born 1951) has been questioning notions of representation since the 1970s. He often incorporates autobiographical elements into his work. In Seascape, Welling explores his family history through cinema, photography, and painting. The film is an homage to the artist’s grandfather, William C. Welling, who studied with the American Impressionist Wilson Irvine (1869–1936) and corresponded with renowned seascape painter Frederick Waugh (1861–1940). Following Waugh’s recommendations and using the recently introduced Cine-Kodak Model B 16mm camera, Welling’s grandfather recorded black-and-white footage of Ogunquit Beaches in the early 1930s. The elder Welling specifically filmed at Perkins Cove—a site celebrated among artists of the period—where he captured images of the rocky shoreline and subsequently used them as a basis for oil paintings made back in his Connecticut studio.

Jaime DeSimone, Associate Curator of Contemporary Art at the PMA, notes that “James Welling is one of the most innovative photographers working today. His ongoing experimentation with the conventions of photography and film culminate in Seascape.”

Inspired by his grandfather’s original works on canvas, James Welling used contemporary technology to colorize the vintage black-and-white film, rendering a new sequence of moving images that reanimates the rocks, water and crashing waves a bygone century. Seascape incorporates a score of original sound composed by the artist’s brother, the musician William B. Welling. The resulting film entwines the narratives of modernism and 20th-century painting with moving pictures and contemporary art. Seascape presents an intergenerational look at the influence of time, place, and material on an artist’s practice, and highlights the importance of Maine in the history of American art.

“I’m thrilled to partner with the PMA in bringing Jim’s work to Maine, and I’m eager for its debut here this Summer,” states Michael Mansfield, Executive Director and Chief Curator of the Ogunquit Museum of American Art. “Seascape is an exemplary work of art. It surely identifies the novel capacity of film to speak through several generations at once. But living in this ‘unfinished landscape’ of Maine, this film is also a sure-sighted compass, one with some bearing toward understanding our shared artistic origins.”