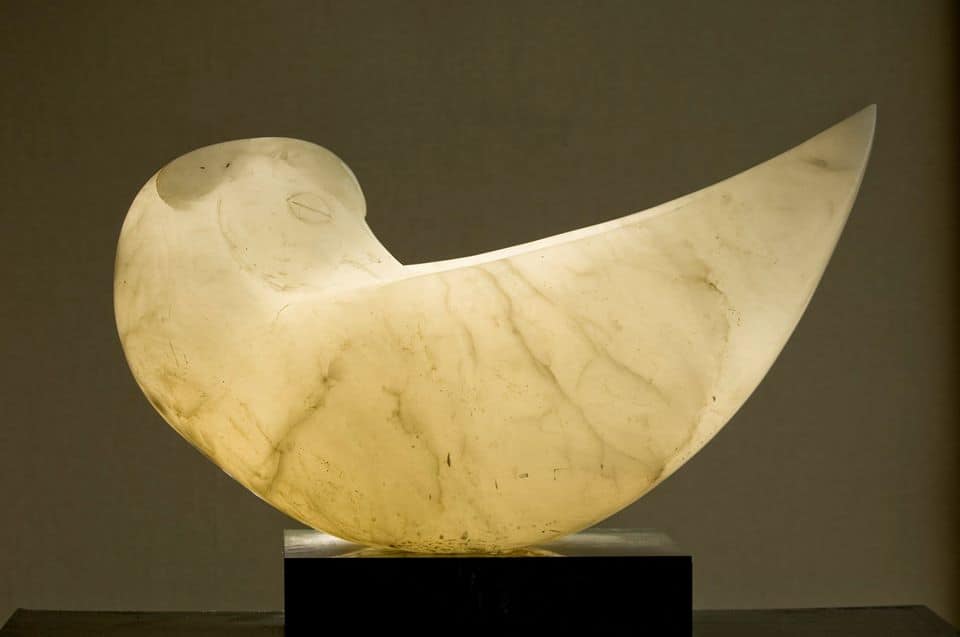 On your next visit to OMAA, you’ll see Frances Kent Lamont’s “Bird Afloat” prominently displayed on a pedestal as you round the corner into the gallery. Several works currently on view, including “Bird Afloat,” were exhibited in the Initial Exhibition of 1953 at the opening of the Museum of Art of Ogunquit.

Lamont has deep roots in Maine. Her father William Winthrop Kent and her uncle, Edward Austin Kent, both prominent architects, were born in Bangor. Her father, an author on the topic of architectural wrought iron, brought his daughter to Europe where she was influenced by Italian, French, German, and Swiss art and design. Frances’ studies began in the galleries of Florence, Italy. The outbreak of WWII prompted her to return to New York where she studied at the Art Student’s League and School of American Sculpture in New York under Boardman Robinson and Ann Hyatt Huntington.

At OMAA we strive to portray our collection of 20th century modern artists in conjunction with the writers, architects, photographers, and musicians involved with the Ogunquit art colony. While there are few photos of Lamont as an adult, here she is pictured in 1909 at age ten, alongside Samuel Longhorne Clemons, a.k.a. Mark Twain while vacationing with her family in Bermuda. Bermuda was one of Twain’s favorite haunts. He died a year later in 1910. 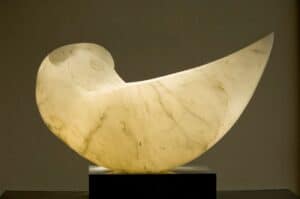 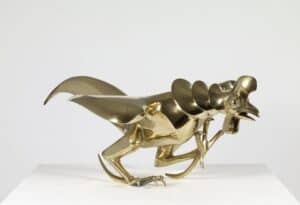 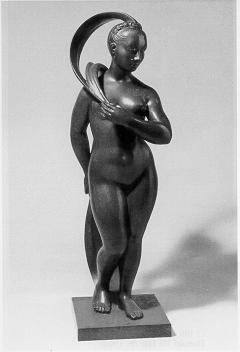 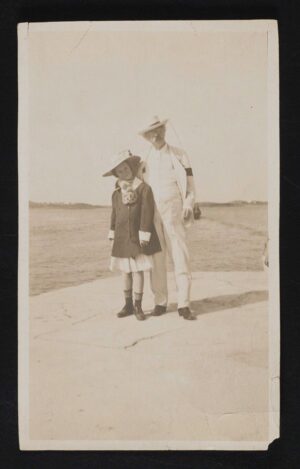