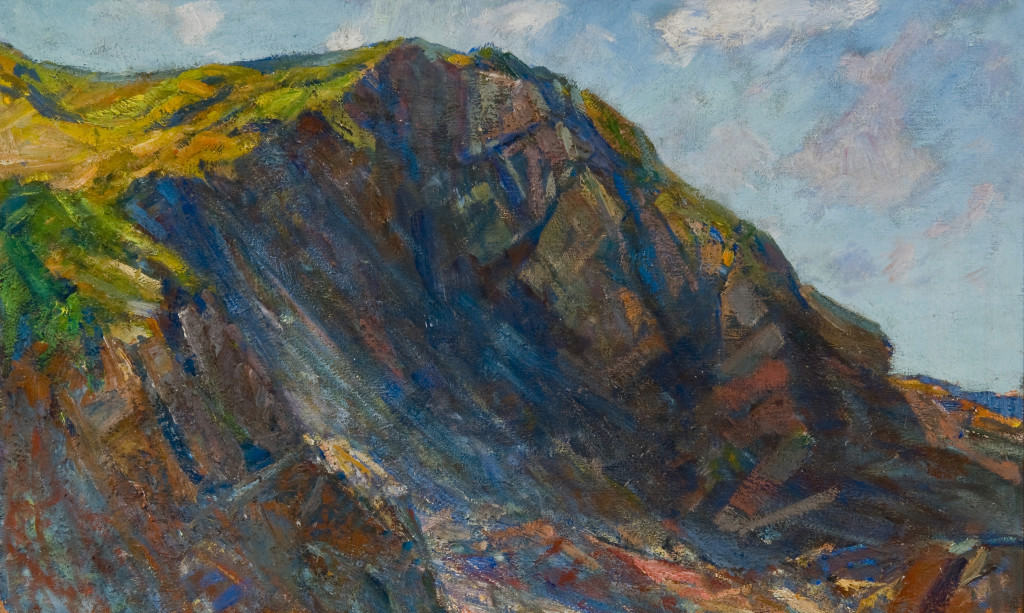 Charles H. Woodbury, The Cliff, 1929, Oil. From the Permanent Collection of the Ogunquit Museum of American Art (OMAA)

When Charles Herbert Woodbury proclaimed the view from Narrow Cove “an artist’s paradise” he was not the first artist to discover the potential for an artist haven in the secluded seacoast village of Ogunquit. Distinguished American painters John Enneking, Maurice Prendergast, Dwight Tryon, and Joseph Davol painted in Ogunquit as early as the 1870s.  Woodbury is credited among many influential artists painting the view from Narrow Cove in founding Maine’s first art school and emergent artist colony. In July, 1898, he opened his “Ogunquit Summer School of Drawing and Painting” and taught for thirty-six summers, enrolling hundreds of students in a six-week course of “painting and drawing from nature.”

Ruth Greene-McNally is Associate Curator and Collections Manager at the Ogunquit Museum of American Art.